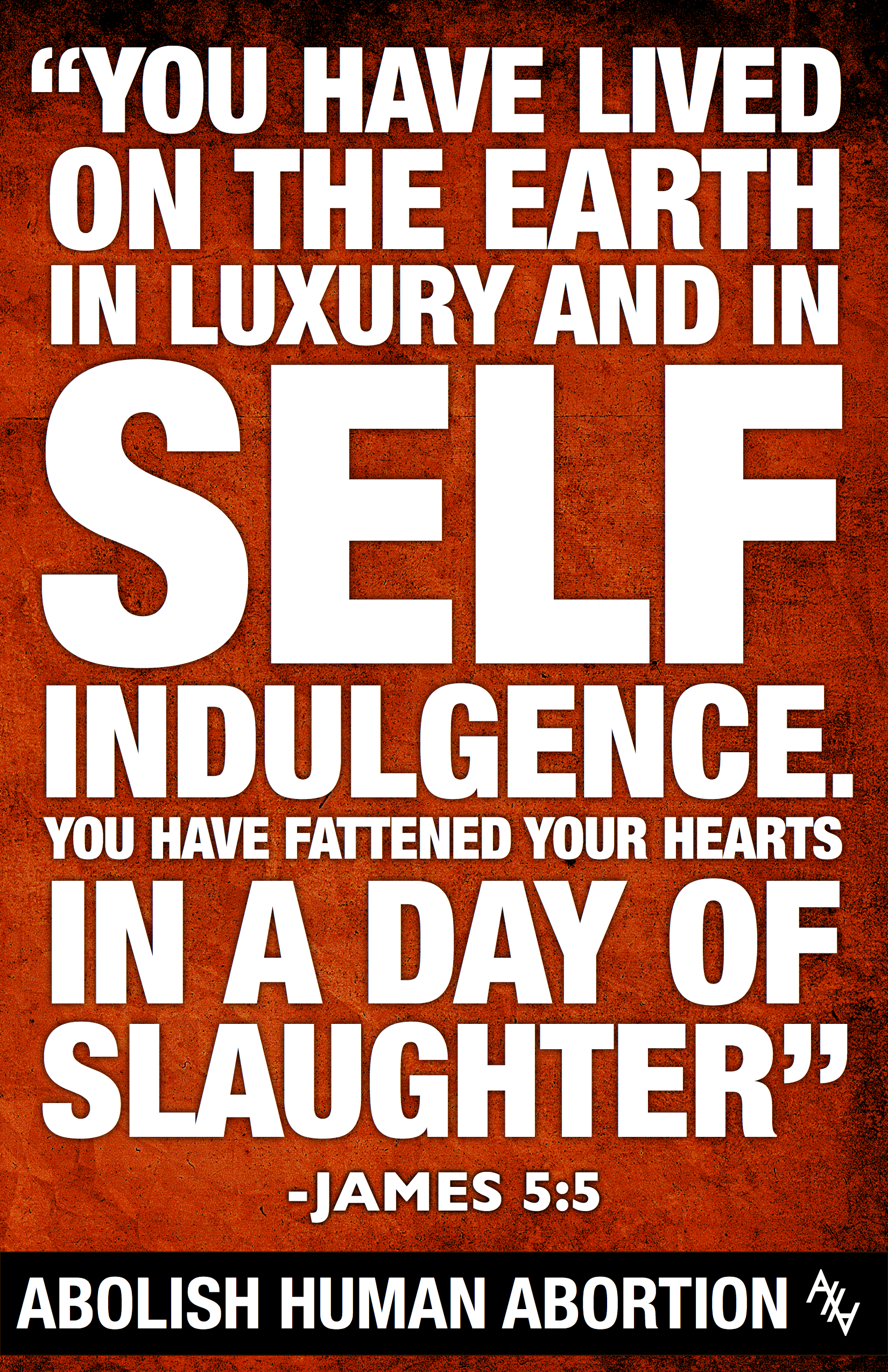 “Have I become your enemy by telling you the truth?”
–Galatians 4:16

To identify sin, whether of omission or commission, in another person, and then to call them to repent of that sin, is neither protest nor attack. It is Christian duty. It is loving one’s neighbor as oneself. It may be that an abolitionist takes action that appears to you and others to be a protest, yet let us reason together – should you not ask the abolitionist what he is doing and why, rather than make assumptions without sufficient information?

Abolitionists are persuaded that the churches of the modern West, while placed by God in the midst of a culture of death in which child sacrifice is considered legal and widely tolerated, have loved other things rather than their preborn neighbors. It is sin to withhold love and compassion from those who are most in need, to neglect to speak up to protect those who being taken away to death. We have been unable to locate any voices of remonstrance against this pervasive and ubiquitous iniquity, and we will not remain silent in the midst of a holocaust.

We invite you to examine the Scriptures to see if these things are so. Consider whether these and many other biblical examples of reproof and commands to admonish one another are “attacks” or “protests”:

Was the Lord Jesus unrighteously “attacking” the Pharisees in Matthew 23, Mark 7, Luke 11, John 5, and John 8?
Did the Lord Jesus “attack” the priest and the Levite who did not come to the aid of the wounded traveler whom the Good Samaritan eventually did assist (Luke 10)?
Did the Apostle Paul “attack” the individuals and churches he reprimanded via his epistles to the Corinthians, the Galatians, the Thessalonians, Titus, and Philemon?
Did the author to the Hebrews “attack” Christians who were wavering in their faith?
Did the prophet James “attack” the Christians whom he accused of living in luxury and self-indulgence (James 5)?
Did the Lord Jesus “attack” five out of the seven churches to which He sent messages in Revelation 2-3?

Of course not. Calls to repentance are not attacks. Our invitation and declaration is this: Repent with us!

None of us have acted like babies are being murdered on a daily basis, on a scale that dwarfs the Nazi Holocaust. None of us have loved our preborn neighbors sufficiently. We are recognising that these precious children need the help of all of us, not a handful. Loving your neighbor who is most in need is not a special calling.

We are essentially carrying out what theologian R.C. Sproul recommended years ago that evangelicals do when he explained that while the biggest error the evangelical church has made regarding abortion is their silence, another error has been committed by those who are not silent when they focus almost entirely on protesting the abortion clinics. Sproul noted that while there is value in protesting abortion clinics and their practitioners, the evangelical churches should be protesting and picketing every pastor, church, and denomination that supports the “monstrous evil” of abortion. Such support takes the form not only of active approval but also of passive silent acceptance.

Vindicate the weak and fatherless; do justice to the afflicted and destitute. rescue the weak and needy; deliver them out of the hand of the wicked.
–Psalm 82:3-4

If you are slack in the day of distress, your strength is limited. Deliver those who are being taken away to death, and those who are staggering to slaughter, oh hold them back. If you say, “See, we did not know this,” does He not consider it who weighs the hearts? And does He not know it who keeps your soul? And will He not render to man according to his work?
–Proverbs 24:10-12

Cry loudly, do not hold back; raise your voice like a trumpet, and declare to My people their transgression and to the house of Jacob their sins.
–Isaiah 58:1