Why We Use Graphic Images

Abolitionists choose to employ graphic images after thorough reflection and on a case-by-case basis, for specific reasons. We are always open to a frank and honest discussion about our reasons in a given scenario.

Yet to more efficiently progress our discussion forward at the initial stage, we would like to offer some responses to frequently-asked questions about graphic images.

Before we begin, however, let us note that it is always self-defeating to impose one’s own morals on others by telling them not to impose their own morals on others. The question is not whether morality will be imposed, but rather which morality will be imposed. We are trying to awaken consciences to the horror that is abortion. The images are supposed to be horrible.

1) Does it really not bother you that preborn children are being murdered? What does that say about you, your priorities, and how consistent you are? If rape were legal, would you try to change the law? If Jews were being shoved into ovens today, would you fight, or would you change the channel?
If the truth offends you, should you not reconsider your own position?

2) Part of the power of abortion is that it happens behind closed doors. We know it is there, but we don’t see it, so it doesn’t touch us deep down, just like the Nazis killed Jews in the concentration camps. The locals knew it was happening, they saw the Jews carted in, the could see the smoke and smell the burning flesh, but they didn’t see the awful condition of the Jews. It wasn’t until Allied soldiers made them walk through the camps that they shuddered inside at the true barbarism of the Nazis.
And that’s what pictures of abortion do. It wakes us up to the cruel, violent, selfish, evil, barbaric, bloody act that abortion is. And hopefully, those who still have an sliver of a conscience will realize that abortion is morally repugnant.

3) Hopefully you’ll understand if we don’t take advice on how to effect the abolition of human abortion from any pro-choicer, from the well-known and well-heeled politician to the anonymous Internet troll, who isn’t fazed by those awful images. Why in the world don’t they trouble you? Many abolitionists can barely bring themselves to look at them. 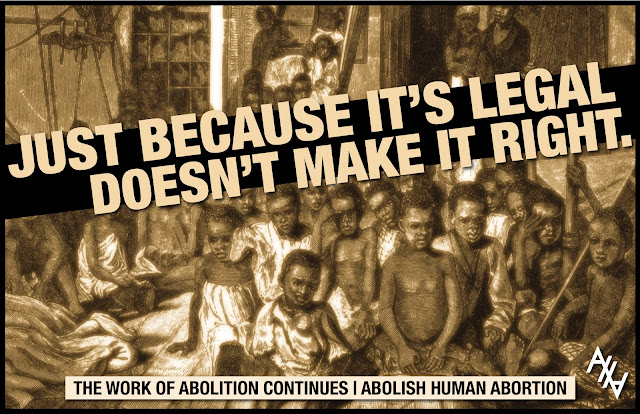 4) The abolitionists of human slavery undertook the same strategy in their noble efforts. They showed – in public – the shackles and chains used on slave ships, diagrams of slave ships with slaves packed in like sardines for the weeks-long voyage, pictures of people with massive scarring on their backs from lashes.

5) If these preborn children are merely clumps of cells, products of conception, parts of their mothers’ bodies, why are you so upset? Is it merely the sight of blood, or is something else going on? Are you 100% sure that some part of you doesn’t know that the remains of a dead child are not the same as, say, a set of extracted wisdom teeth?

6) See this article for more arguments along these lines.

7) In this article, we discuss in greater depth our reasons for using graphic images in response to one of our critics.

8) If you look at the archives of our blog, you will also see quite a lot of interaction with so-called thoughtful pro-choicers. The pro-choicers never fare all that well, either.
Thing is, our approach is intended to be multifaceted, and these images aren’t doctored or made up out of thin air. This is really happening. Babies are really being dismembered. Real babies, with real blood and real internal organs and real brains.

The fact that you choose to chastise us for exposing the truth instead of chastising those who make a very good living off of dismembering babies is indicative of what your priorities truly are. 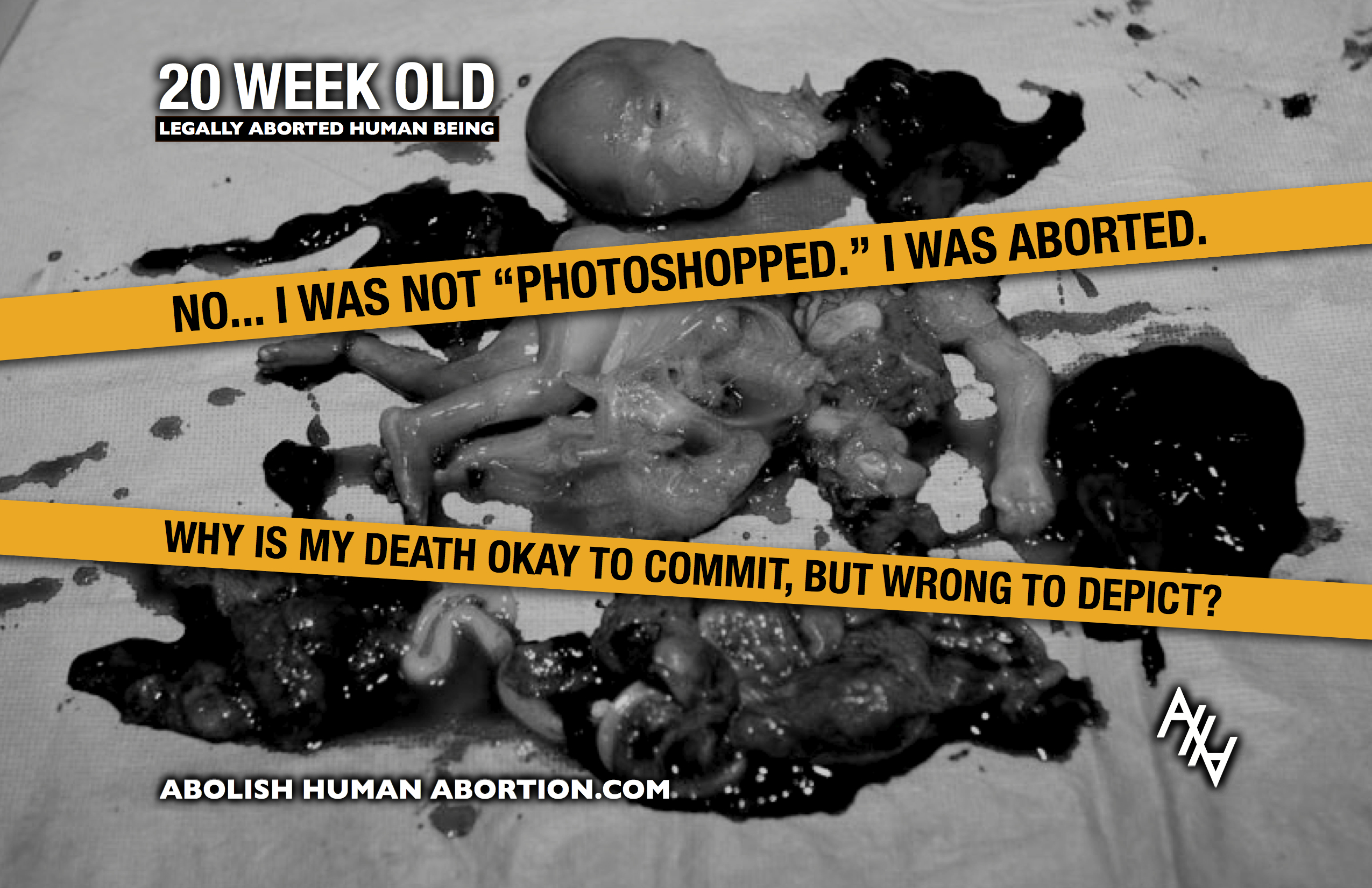